After a week or more with the burial ground under snow or hard frost, it was quite a change today to find almost all the white gone, and the grass showing once more. Our annual tree planting had been organised for this weekend, but over a week of such unseasonally cold temperatures, snow and ice, we felt sure the ground would be too frozen, and we cancelled.  In the event, although today was indeed snow free, most of the earth was still frozen, and trees planted would not have been happy.  Furthermore, the nursery was unable to release the bare root saplings, which were frozen into the beds.  Those who are due to plant trees will be contacted as soon as we are confident that planting will again be possible. Tidying up after the snow, removing dead and frozen flowers, we noticed that a few animal pathways have become very evident.  In the snow we’d seen prints from various creatures – four footed and two – especially, beautifully, over the frozen lake, and the habitual tracks were also still being used.  Without the snow, one prominent one was easy to photograph. 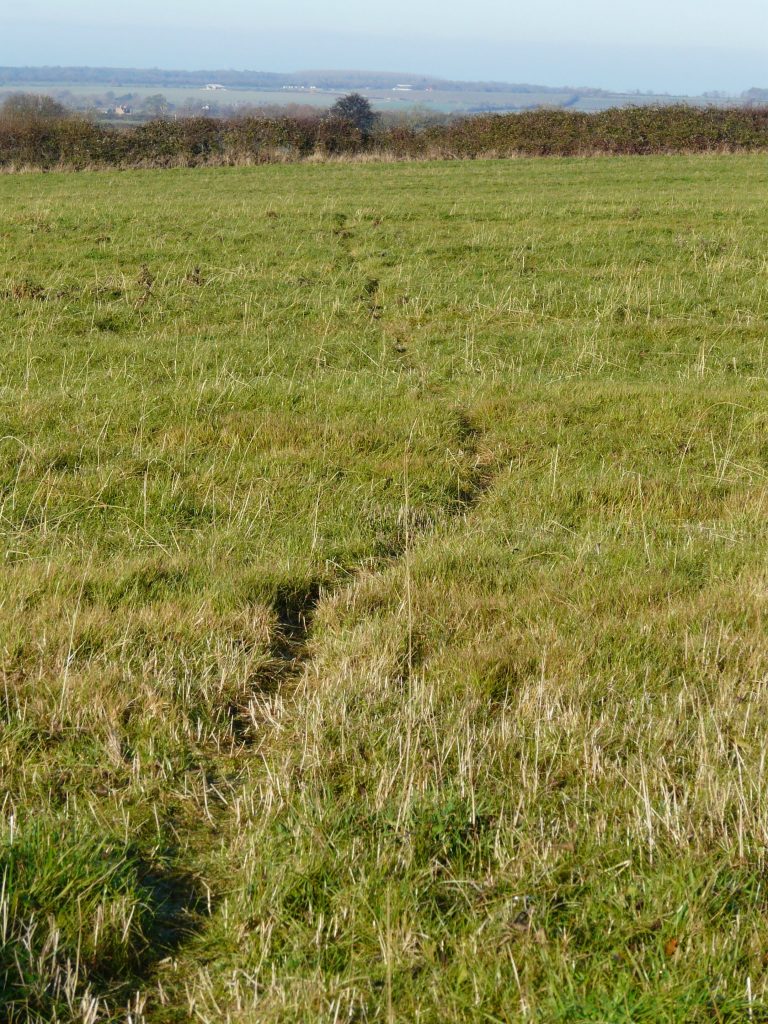 Running from the northern boundary to the Roundhouse, this could be deer, fox or badger.  We’ll let you know. The owls are once again using the inner lintel of the Roundhouse for lunch, leaving stains and remnants which we hope families don’t mind.  I shall use the stone brush to tidy up the mess now and then, but doing so I am always glad to imagine the creatures in there, sheltering from the weather, eating one of the many little mice and shrews that thrive at the burial ground.