More than a natural burial ground, Sun Rising is a nature reserve, developing, evolving and growing in its value to wildlife and those who visit it.

With so much land now given over to modern agriculture, roads and the built environment, there is less natural habitat for wildlife. Once common features of our landscape such as meadows, ponds, natural woodland and barns which native wildlife depends upon for food and shelter, have become increasingly rare. By preserving and, wherever possible, recreating these features or offering alternatives, we can help to halt the decline in our native bird, insect and mammal populations, preserve biodiversity and leave a lasting legacy for future generations.

Sun Rising is managed as a nature reserve in a way that maximises its value for wildlife. Every native tree and bulb planted, every wildflower and grass seed sown, adds to the process; the planting distance of trees, and when the grasses are mown, are carefully considered. Like any natural environment, it may look stark in winter, but in spring life returns at its own pace. Primroses, wild daffodils, celandine and cowslips bring yellows to the meadow, the hazels and silver birch coming into leaf.  By May, buttercups and foxtails are making way for oxeye daisies, trefoils and vetches, the viburnum and hawthorn flowering, the maples and oak greening the woodland.  In July, there are knapweeds, scabious and wild basil.  By August, when our gardens may still be colourful with cultivated plants, most of the native flowers and grasses of our landscape have lost their petals and are spreading their seed. As a nature reserve, it is crucial that the natural cycles follow their course at Sun Rising. By October and November, the trees are turning orange and gold, and falling in the winds. By late January though, the first snowdrops will be poking through the frosty ground.

As the ecological wealth of Sun Rising grows, so does its beauty, its natural serenity, and its importance within the wider environment. That peace and tranquillity enhances its value as a nature reserve, helping to create the conditions in which wildlife can flourish. 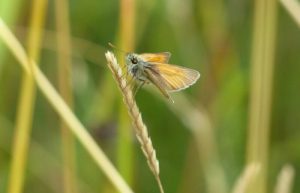 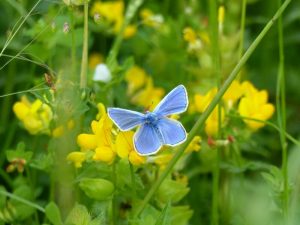 Beginning in 2006 as an open field of ryegrass, Sun Rising is being developed as a patchwork of habitats, each one of benefit to a range of species - different plants, trees, insects, spiders, butterflies and moths, lichens and fungi, birds, bats, amphibians and mammals.

There are areas of growing native deciduous woodland and shrub blocks. We are extending, enriching and preserving species-rich hedgerows. We are creating meadows of wildflowers and native grasses, areas of tussock grassland, mown verges, grassy paths and rides. There is a pond and wetland area. Even the stony tracks and car parks are managed for plants, invertebrates and reptiles, as are the stone roundhouse and wooden cabin.

The development of some areas is integral to the natural burial ground. For example, we have planted hundreds of trees as memorial trees on graves, which are growing into woodland copses and corridors. Further trees and shrubs have been planted near graves in order to add further to the habitat and buffer the burial area from the lane. The areas first planted in 2006-7 are now transforming into rich young woodland ecosystems, with bluebells establishing beneath the canopy.

While some areas of the old ryegrass have been removed, the soil sown with specialist seed to create wildflower meadow, bare earth is also exposed with each burial, and this self-seeds beautifully, allowing the wildflowers to spread naturally. Tussock habitat, where taller grasses and flowers are not mown for a number of years, creates opportunities for little mammals, moths and other creatures, enticing owls and others that feed on them. Short mown grass is as important for some species, however, as long grass is for others: tiny speedwells can be found on the verges, and little insects and the birds that feed on them.

Water is essential for life and the loss of so many field ponds over the last 50 years has led to a drastic decline in our amphibian population. It's not just frogs, toads and newts that rely on field ponds, though - birds, mammals, insects and wetland and aquatic plants also need them.

Dug out in 2010, the pond is situated in a low lying area of the burial ground. The pond has been designed to maximise its wildlife value, with deep water areas for breeding toads and shallower shelves for the emergent vegetation that dragonflies and other insects rely upon. Fed by a seasonal brook and our field drainage system, and naturally lined with our heavy clay soil, the water-level will rise and fall, but as yet it has never dried out. 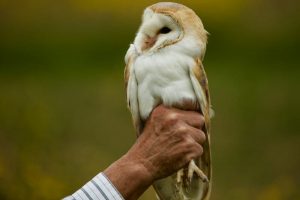 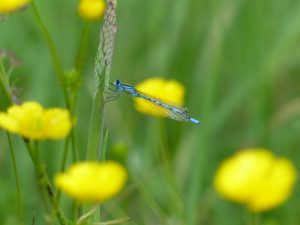 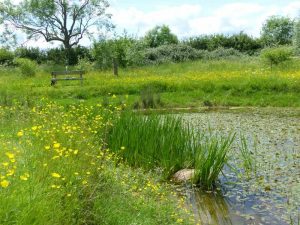