Another moth survey this week was carried out by moth man Alan Prior, whom we joined in the early hours of the morning as he emptied the traps and counted the little creatures who had made their way to the light traps.  I wanted to show you a photo of this beautiful fellow : a peppered moth (Biston betularia). 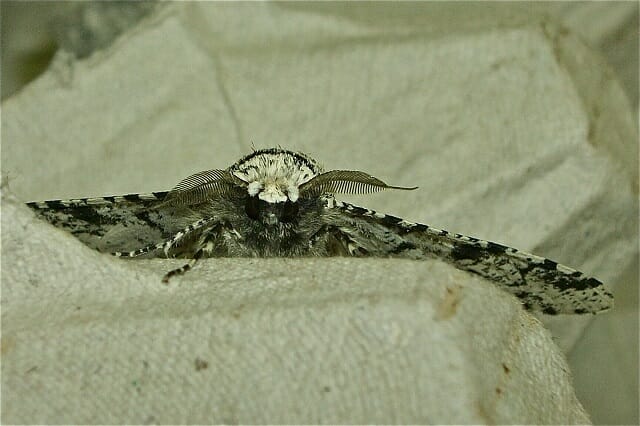 Look at the little stripy legs and the feathered antennae: what an amazing creature.  Some readers may remember it from biology class at school, as peppered moths are a species that showed the process of evolution.  Individuals became increasingly dark during the years of industrialisation and its pollution, until the wholly dark melanistic form (f. carbonaria) became dominant in areas of the north of England.  As our manufacturing industry declines, so the darker form is declining too.

Thank you, Alan, for the survey and the extraordinary photograph.