Last week, hundreds of ghosts were seen at Sun Rising : ghost moths!  These are beautiful little creatures, Hepialus humuli, the males are white, getting their name from their habit of hovering over grasses at dusk.  The females are a rich creamy yellow.  This video shows their mating dance, but – unlike in the video – at Sun Rising there were clouds of them!

As a result, we’ve had to be careful that we don’t disturb the area until they’ve completed this part of their cycle of life.  Once they’ve mated, the moths’ eggs are dry and drop down to the ground, at which point mowing the grass would not be a problem.  The larvae, once they emerge, stay underground, feeding on the roots of grasses and plants. 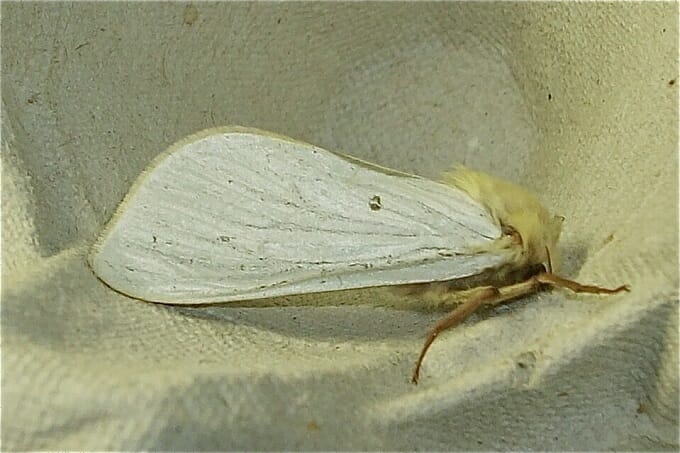 Moths have some wonderfully peculiar names.  You might be equally surprised to know that in the same moth survey, a shark was found, a sallow kitten, a heart and dart, and a large nutmeg.  In fact, the list describes 75 species, with over 500 moths coming to the moth traps during the night.