This week is National Insect Week – and because some of you still find insects a little creepy (crawly), I thought I’d show you some amazing photographs of the cycle of six spot burnet moth, in the hope that you may be inspired to explore further.

We begin with the lovely little yellow and black caterpillar (or larva), which feeds on the birdsfoot trefoil and clover in our wildflower meadow.  It has been hibernating all winter, so fattens itself, growing bigger, through the month of May: 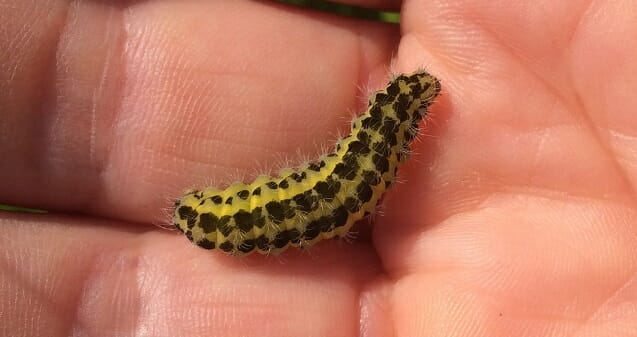 The caterpillar then creates a cocoon in the meadow, spinning silk from its spinneret, a gland near its mouth:

The cocoon dries and, inside it, the caterpillar becomes a pupa, transforming.  In June, it will emerge from the case in the new form of a beautiful black and red moth:

OK, that does look a bit creepy – that’s what the moth has left behind. The moth itself is much prettier!

And apart from feeding on the flowers of the meadow, drinking in the nectar with its long proboscis, what does the moth do? It doesn’t live very long, its main aim simply to start the cycle all over again: 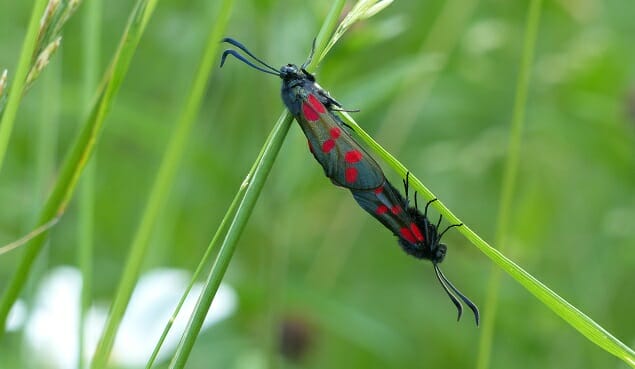