Visitors to Sun Rising who have been coming for some years will notice that we’ve not yet cut the wildflower meadow, despite it having now gone to seed.  There are areas of wild grasses, too, that in previous years would have been cut by now.   Indeed, it is around this time that we’d be holding a volunteer day, inviting you to help with raking up the hay …

This year, in the drought, everything has gone to seed early.  As a result, the seeds are generally smaller and there are fewer of them.  That’s a serious problem to the great multitude of little creatures who depend on the oily protein-rich harvest of the meadow, not least to build up fat reserves so as to survive the coming winter.  It’s one reason we are loathe to cut it before we need to: there is a great deal of life still depending on it. 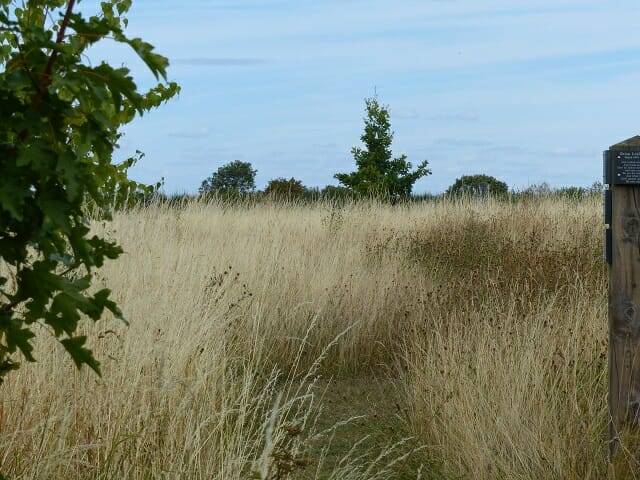 Wildflowers and Grasses in Seed

Another reason is that, actually, without the heavy rains that would weigh it down, causing the stems to fall and mat, it still looks really beautiful.  In this photo you can see the edges between predominantly pale-golden grasses and the darker swathes of wildflowers.  With the trees in the dark green, late summer leaves, even grey days are lifted by the gentleness of the meadow.