Our nature talk on Saturday evening was a great success.  70 people came along to hear the talk on spiders given by Carl Portman – which was a wonderful mixture of fascinating and funny.  Carl brought along a couple of his furry friends, including this beautiful tarantula, but there were also plenty of pointers about spiders we might find at home, and at Sun Rising.  Even those who were nervous of spiders at the start admitted that they were now able to think differently about the little creatures.  Thank you so much, Carl! 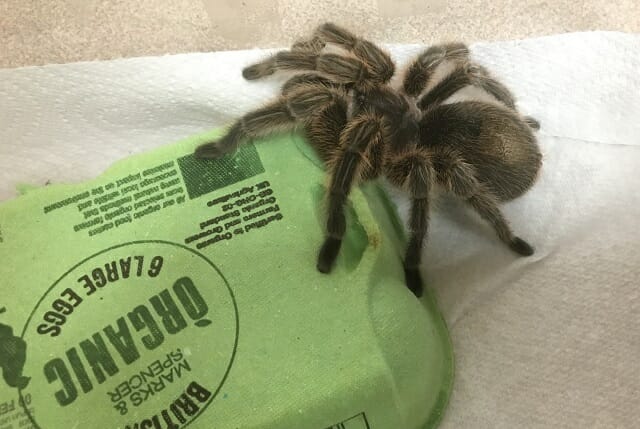 One of Carl’s Beautiful Tarantulas

There was a feast of savoury tapas, with Spanish wine and other drinks, for which we are also enormously grateful to the Friends and trustees who contributed.  In total, with the raffle, we raised just under £725 for the Friends.  Thank you to everyone!