What might be called a ‘weather window’ happened upon us earlier this week: the wind paused and the temperatures rose, offering a perfect opportunity for two events at Sun Rising.

The first was a last minute moth survey, and being later in the year than we’ve managed before, it was an exciting chance for our friendly mothers (moth-ers) to find moths not recorded at Sun Rising before.

In the event 19 species were recorded, most of these being new for the site.  They included the December Moth – isn’t it a beautiful creature, with its black fur and golden markings? 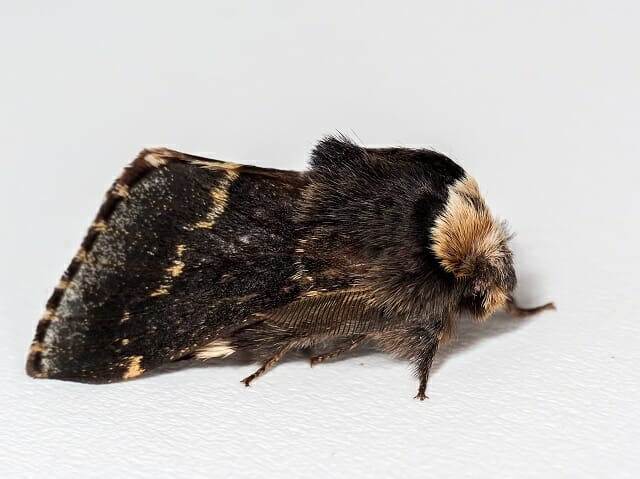 A late common darter dragonfly was also found, roosting near the pond.

The other event was that we were able to complete the sowing of Michael’s Meadow, the new area of wildflower meadow between the roundhouse and the pond.  It’s up to nature now …