What better way to spend a Sunday afternoon in late November than up to your waist in muddy water?  Volunteers Tim and Richard, alongside Sun Rising manager David, were working on the wildlife pond last Sunday, in gloves and waders, and seemed to be thoroughly enjoying it.  Here’s the pond before the work began,  and then with Rich and Tim in the cold muddy water. 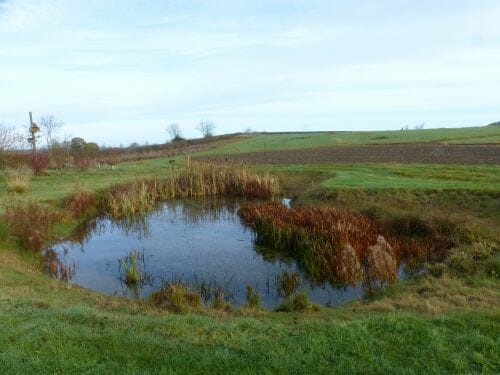 The Wildlife Pond – before work began 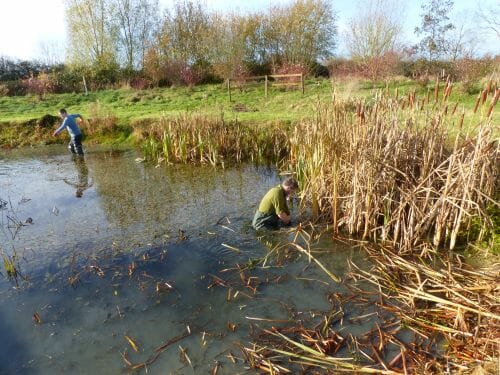 Rich and Tim – clearing the pond

If a wildlife pond were left to its own cycles, it wouldn’t take long before the vegetation would take over, leaving no open water at all.  In nature, such ponds come and go, but at the nature reserve we want to maintain the pond and its habitat.  In order to do so, it is necessary to clear some of the bulrushes, bur-reed and broad-leaved pondweed each year.  This is done in late autumn, when the water is cold and many creatures have started their hibernation.

The harvested vegetation is left on the pond bank for a week or so, allowing any little pond creatures that were inadvertently removed at the same time to slide and wriggle their way back into the water.  These include newts, dragonfly larva, tiny shrimps and water beetles.  The vegetation will then be taken to the compost heap.  Here’s a photo of the pond cleared for the year. 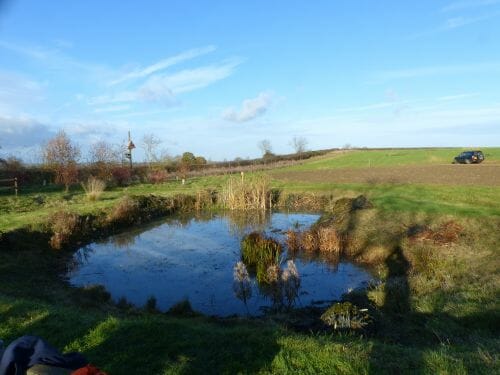 The Wildlife Pond – after the work was done

Thanks so much to Tim and Rich for their hard work!  Until next year …